Concrete tilt-up buildings are sometimes included in the same municipal upgrade mandates as soft-story structures. Tilt-up construction is commonly used on low-rise industrial buildings due to lower construction costs. These STRUCTURES struggle to cope with the lateral movement of an earthquake and may need to be seismically retrofitted to better resist collapse.

Any concrete tilt-up property built prior to 1976 is prone to significant damage during a major or even a moderate earthquake. This has resulted in mandatory ordinances, requiring such properties to receive a seismic retrofit in Los Angeles.

A tilt-up building often contains a roof composed of light plywood connected to the concrete walls. During an earthquake, the CONNECTIONS holding the plywood roof to the walls can loosen AND BECOME COMPROMISED. If the CONNECTIONS FAIL, the roof may SUSTAIN DAMAGE due to it no longer having PROPER support. This can also lead to the wall DAMAGE, as the roof no longer acts as a stabilizer to the wall and vice versa.

What is Earthquake Retrofitting?

Earthquake retrofitting is a process that involves making existing buildings safer for their future use or during an earthquake. Earthquakes are one of the most dangerous natural disasters that have the potential to bring down our homes, businesses, and vital infrastructure. A strong earthquake can cause irreparable damage to any building, which is why every structure not built to the current earthquake safety standards should be retrofitted.

An earthquake retrofit in Los Angeles, also known as the seismic retrofit of your house or commercial building, will increase its structural integrity, making it better equipped to handle the forces of an earthquake. Retrofitting might be needed if you live in an area that has a high risk of earthquakes.

This usually depends on where you live and the proximity to fault lines. Earthquake-prone areas include popular regions of California (like Los Angeles), Oregon, Washington, Hawaii, and Alaska. A seismic retrofit of your older home is often cheaper than the cost of repairing the damage after one of these destructive natural disasters strikes. 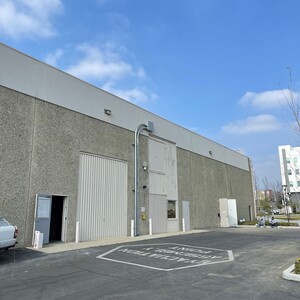 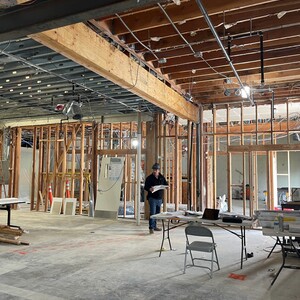 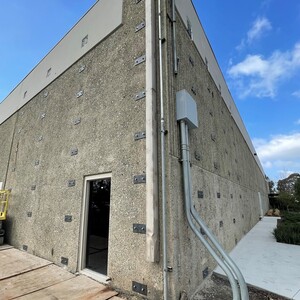 Do I need to retrofit the foundation?

When an earthquake strikes, two factors take hold of a house: gravity and inertia. The ground moves, but the house—as well as the objects in it—can't move with it. Gravity tries to pull them toward the source of the movement, but inertia holds them in place. This difference in force is what causes things to break, no matter how solid they were beforehand. A home with extensive damage to the frame will usually exhibit the same kind of extensive damage throughout the house.

When an earthquake happens, the foundation-to-frame connection can easily slide apart or even disintegrate entirely. The resulting situation can be catastrophic if the framing parts are holding up any part of the home. If the connection between the frame and the foundation is severely damaged, you will need to repair it before inhabiting your new home. Retrofitting your Los Angeles home's foundation is a dependable way to protect your property. This can save homeowners thousands of dollars on repairs.

When an earthquake occurs, up to 80% of the destruction is due to the shaking of non-structural building elements. In addition, there can be significant damage from falling objects and debris. Earthquakes have the power to disrupt work environments and threaten both life and property instantly. Retrofitting is the process of strengthening existing houses for earthquakes or improving their performance.

By retrofitting your home or commercial facility with a new seismic system, you become responsible for providing safety to all inside your facility, protecting the lives and investments of both your employees and clients. It is the best way for homeowners to know their houses will survive an earthquake with minimal damage and protect themselves inside. For schools, hospitals, and other buildings, retrofitting allows these facilities to function again after an earthquake has caused injury or destruction.

The investment you've made in your home or commercial building is enormous. However, your investment would be for naught if an earthquake damaged your property, and who knows how much it would cost to fix up. ​Employing a seismic retrofit to your older building is an investment that could save you from substantial repair costs after a severe earthquake. It's a cost-effective approach, and it protects the safety of your family and friends—especially if you live near a fault line.

Talk to the Experts for Earthquake Retrofitting in LA

If you are considering retrofitting concrete tilt-up buildings in Los Angeles, call an engineer or contractor to create a rough estimate of the cost. Foundation damage is severe and often requires immediate attention. Some foundation repairs can require steel piers, which can be expensive when needed in large numbers. Other foundation problems can be addressed with relatively inexpensive foundation jacks or other devices that help even out the foundation or balance it back to its original position.

An earthquake retrofit in Los Angeles reduces the likelihood of severe structural damage, which is why it's an integral part of your building's overall safety. The foundation anchor bolting system reinforces existing foundations with additional fasteners to create a secure connection between the house and the foundation.

Since concrete tilt-up buildings suffer more damage than other structural systems during earthquakes, they merit particular attention. The most common tilt-up concrete construction is the reinforced concrete frame-wall system that utilizes an open web steel joist floor and precast or cast-in-place gypsum wall panels. When properly earthquake retrofitted, tilt-up concrete buildings can be highly resilient in the event of strong earthquakes.